At a time when suicide rates are continuing to rise across New Zealand, MATES In Construction is launching to find a way to improve awareness of the significance of suicide and help our mates in the construction industry. Steel & Tube is proud of taking role of founding member.

MATES In Construction was formally launched on 31st October, focusing on opening up communication channels, changing on-site culture and improving knowledge of what can be done to prevent suicide in New Zealand’s construction industry. It’s all about mates helping mates.

The 2019 BRANZ report Suicide in the NZ Construction Industry Workforce says that in the year to June 2019: 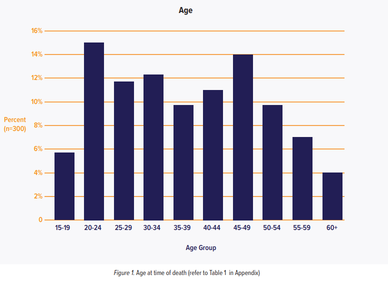 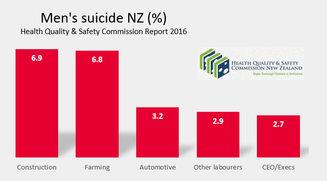 Multiple factors contribute to suicide risk in the construction sector:

To combat this disturbing scenario, the industry-tailored solution MATES In Construction has launched to:

Being set up as a charity, MATES In Construction is initially rolling out across a number of sites in Auckland, including Commercial Bay, Pacifica, Westfield Newmarket, 10 Madden Street and the Sylvia Park expansion. MATES is also working alongside a number of leading organisations to deliver the programme.

Victoria McArthur, General Manager of MATES In Construction NZ, says: “MATES In Construction first launched in Australia in 2008. Since then, we have delivered our programme to 160,000 workers and seen an 8% reduction in suicide rates in the industry over there. MATES is making a real impact, so now we’re working to make the same, if not stronger, impact here in New Zealand.

“On-site, it’s sometimes just noticing a change in your mate, and then simply asking, ‘are you ok? We are working to equip people on-site to recognise the signs that can lead to suicide, start conversations about suicide and connect them to help. We want to ensure that we let those that are struggling know that they’re not alone.

“There are so many factors that contribute to suicide risk in the industry, including work-related stress, long hours, job insecurity and things outside work like relationship breakdowns. One of the biggest factors is our men being stoic, and not seeking help. It’s ok to talk to your mates about it.”

McArthur says that key to the success of the MATES in Construction model to date has been a commitment to ensure broad industry engagement with, and endorsement of, the programme, coupled with a strong evidence based research model to back up its impact.

“Having a known programme and the confirmed support for an industry-wide approach from key industry stakeholders - has meant the transition into New Zealand has been straightforward. New Zealand also has the benefit of a very supportive relationship with Australia, who are championing the success of our delivery.

“I have been astounded by the support from the industry, which is really getting behind this programme. There been so much positive reaction to the help that we are bringing to site, but there is still a long way to go. We need many more companies to partner with us so we can deliver our programme more widely and spread our message that everyone can do something about this: Be a mate to help a mate.” Justin Geange, a construction worker who came close to taking his own life, is hoping to help others through a new initiative, to create a conversation in the industry.

To learn more, watch an interview with Victoria McArthur and Justin Geange aired yesterday. (Credits: The AM Show)

The MATES NZ team is now focused on increasing on-site capabilities and ensure that people who in need of support are connected to the best possible help. To do this, Victoria is working to establish an ongoing sustainable funding base of industry partners, donors and ideally government contributions.

A public launch of MATES In Construction was held last night at Maritime Museum in central Auckland. Supporters including industry, Government agencies, iwi, member organisations, politicians, media and stakeholders were all coming together to celebrate the commencement of the programme.